Here's my girls out free ranging. 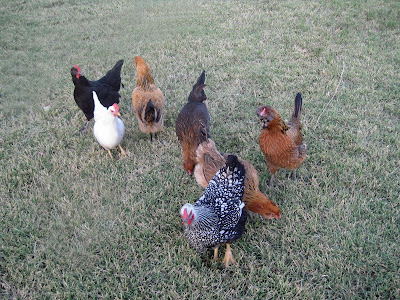 I am so excited! I sent M out to check for eggs today, and he found one! And, even more exciting, it's a white egg, so it's not Lucy's. I am 99.9% sure that it's Clover's, since she's supposed to lay white eggs. I guess it's theoretically possible it's one of the easter eggers, but since they're barely 20 weeks and Clover is 24, I think it's unlikely.

This photo shows the egg along with store bought "large" eggs. It's the slightly smaller one in the middle. It's actually quite big, especially for a first egg. 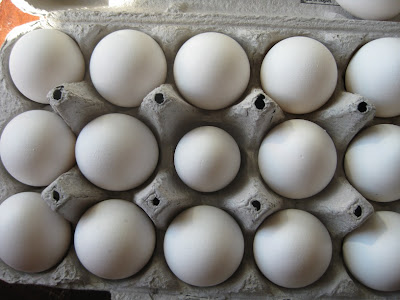 Close up of the egg. 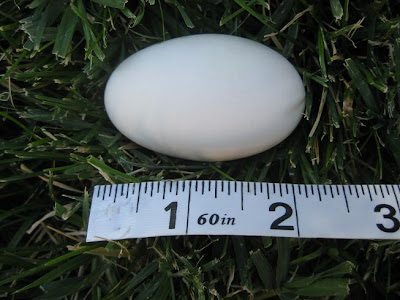 I wish I could show you a picture of it next to Lucy's egg, but Lucy went on strike, and hasn't laid an egg in 8 days. She was laying every other day like clockwork, and now, NOTHING.

Our chicken coop has 6 nesting spots. Lucy always used the same spot. M found Clover's egg in the same nesting box. I thought that was kind of funny.
at 9:33 PM