It feels like I have been suffering from ADD (attention deficit disorder) when it comes to fixing up our new house.  I am leaving half started projects all over the place.

The first weekend we had possession, I started by trying to remove the wallpaper in the upstairs bathroom. It was an awful plaid, and an affront to the senses. I couldn't remove any flooring or start with my kitchen plans until after the appraiser came back to the house and verified there was carpet everywhere and that we had kitchen appliances.

J wanted to have a couple functioning toilets and sinks. He discovered that the upstairs toilet was grouted to the floor and wasn't properly installed. Hmmm. Interesting. When he pulled it up to put a new wax ring in place, he discovered previous owners had installed the tile right on top of the vinyl flooring. For you beginners out there, this is NOT the right way to install tile. So, we knew we had to pull it up. He abandoned the plumbing so that he could pull up the tile so that he could properly install the toilet. At that point, we made the awesome discovery that there was mold on the floor around the toilet, due to improper tile installation. So, we cut out the subfloor in that spot so that we could replace it with non-moldy flooring. Well, since there's now a big hole in the floor in that bathroom, no toilet, and I quit with the wallpaper removal because I was convinced I would trip and fall in the hole.

We finished the flooring assignment and then J left on his business trip, leaving me with a shockingly little amount of supervision on home improvement.

I decided to begin by tearing out all of the flooring. The upstairs bedrooms and hall were gross but uneventful. Then came the tile floor on the main level. This turned out to be really messy and time consuming. Plus, we needed a trailer to put the broken tile bits in (as well as the carpet), and my father in law's trailer was not available. I decided to jettison this idea, figuring when J got back, he could do it quicker, and the trailer would be available, so cleanup would be possible. Then I decided to move on to stripping the rails and spindles so that I could refinish them. This was not going well. The stripper I bought wasn't as effective as envisioned, and it was very frustrating.

After a couple days of this, I was re-reading all the tutorials on painting cabinets, and it occurred to me that the cabinets project is going to be a couple weeks. Maybe I should get going on the cabinets, and strip the banisters while I waited for paint to dry?

So, I moved on to cabinets. I got all of the faces removed from the cabinets and put in the garage. Here I encountered another problem- there's an awful lot of carpet and pad in the garage, and an awful lot of cabinet faces. I also started envisioning the sprayer spraying paint. If I don't clean the garage up, I'm going to have little bits of carpet and pad permanently painted to my garage. I need to get that carpet out of there! But no trailer.

So I go back inside, and start scrubbing down the cabinet boxes so I can just paint those. Except, I realize that the tile floor is probably going to interfere with my painting. So, I need to get that tile out.

I feel bad that I have been neglecting this blog. It's ironic that the busier I get, the more material I have to blog about, but I have less time to actually write it down.

The sad thing is, while this summer was really busy, there's not a lot to show for it. K got her driver's license, which is terrifying, but she's been a really good driver. She also got a job at Lagoon, which has been a lot of fun for her. She's working in their landscaping department, and has really loved learning how to work with plants. It was a lot of weekends though, which made camping difficult.

Further complicating our usual camping plans was my work. I love my work, and this summer was truly spectacular for me. I worked very hard and sold a lot of houses. 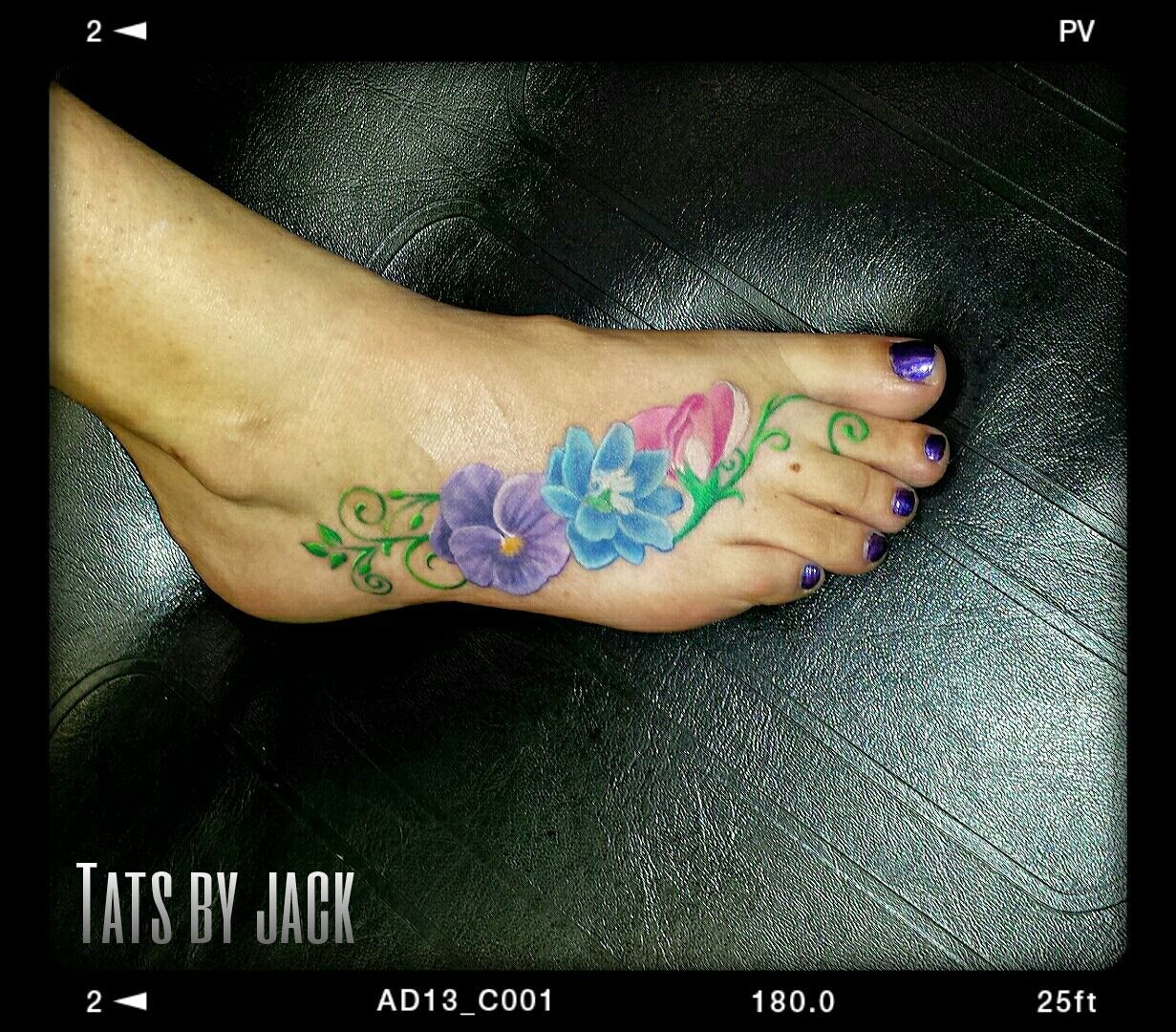 After Ragnar was over, I fulfilled a lifelong dream and FINALLY got a tattoo. It's on my foot. Each flower symbolizes the birth month of the people in my family. The sweet pea on the top is for April, which is for S, Z and me. The blue flower is a delphinium, which is July for K. The violet is February for J and M. I expected it to hurt a lot more than it actually did. Healing was the worst part- as tattoos start to heal, they itch. That itchiness drove me crazy! I found that if I put an ice pack on it, the itching wasn't nearly so bad. 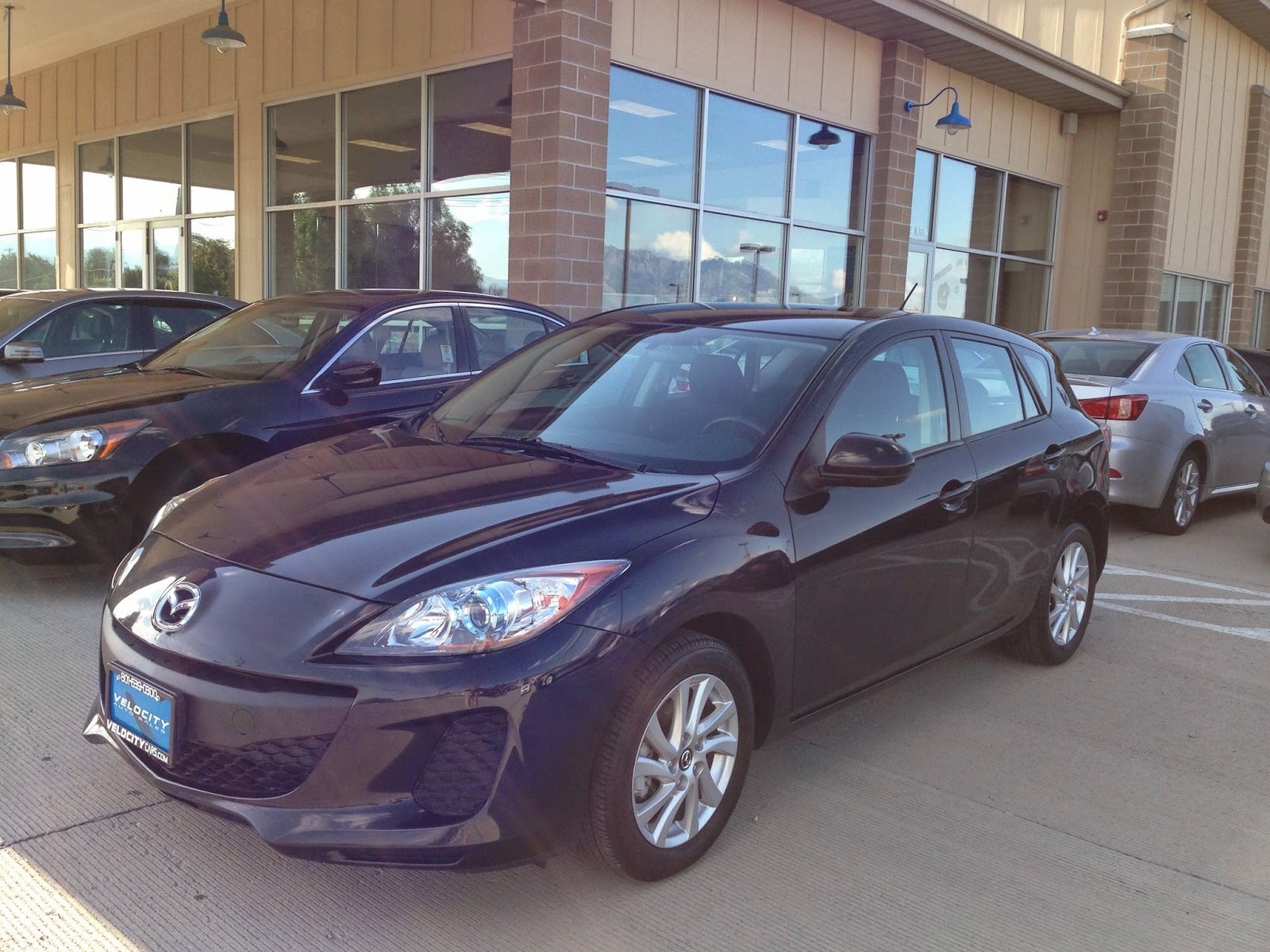 We also bought a new car- a 2013 Mazda 3. We were able to pay cash for it, which was really exciting. We've paid cash for a car before, but that car was under 3k, so it wasn't nearly the accomplishment. We were going to sell the Honda Civic, but it turns out that my Expedition is so expensive with gas that it's cheaper for me to have the civic around for when I'm not hauling millions of kids.


M took summer school for math. So while he's still in 9th grade and attending the junior high, he goes to the high school for his math class, which is nice to give him a little extra challenge.

S finally got her two front teeth to start coming in, which has been really different.

We also recently made a major life decision- we bought a new (to us) house on a whim. We've been toying with the idea of getting something bigger since, well, almost immediately after buying this one. We were waiting to pay off debt, and waiting for the timing to be right. I found a home that has been foreclosed on TWICE in the past two years. From the sound of it, it's had some rough times the past few years (meth test came up very mildly positive, but well below any state standards). While it's not significantly bigger than this one by square footage, the floorplan better utilizes the space. Plus, we'd have a garage again, a master bathroom, AND each of the kids would get their own room. However, it's in terrible shape. But, for the price we paid, we can make the repairs that it needs, then move in, then sell this house. Of course, we'll be trying to market it during the worst time of year for that. Oops! The new house will need all new flooring, new paint everywhere, some drywall repair, a couple windows replaced, new appliances, countertop and we need to add a window to K's room. Because it was kind of spontaneous, we bought it a week before J leaves for Europe for two weeks. He's been working so hard and stressing out trying to get as much done before he goes. I think he also feels bad that he's leaving for PARIS while I have to deal with the smelly house. As time goes on, I'll post some before/after pictures.