I know that I've been very quiet lately. Part of is that I've been so busy. Ironically, nothing terribly interesting has happened.
I got an iPhone. I like it. I understand the love affair with them now.
Five of my chickens are on egg strike now. Only the silver laced wyandotte and one of the easter eggers have laid anything since New Year's. I'm wondering if it's the cold? (of course, within an hour of posting this, the easter egger who lays the beautiful seafoam green egg produced an egg, so I guess only FOUR of my chickens are on strike now)
I've been trying to get immunotherapy for allergies for both K and M. I'm hoping that by doing two shots per kid, twice a week, they can not have severe reactions to animals, grass, trees and weeds. Finding time to make the drive (20 min each way), and waiting for 30 minutes at the clinic after the shots has been difficult. If we can do the two shots a week for another few weeks though, they will have progressed to the point where it will only be once every THREE weeks, which sounds much more manageable.
K & M are playing Jr. Jazz basketball. That's taken up a lot of time in our evenings. It's been interesting and fun to watch them improve.
I've had two sales fail for real estate through no fault of mine or my clients. Both were short sales, which are notoriously tricky and difficult to close. We actually closed our end of one transaction, but the seller didn't follow instructions, and the house ended up going into foreclosure. I had a listing expire, which was really sad for me. I really wanted that house to sell, mostly because the seller NEEDED it to happen. The market is tough, and the house was a "project" though.
I volunteered to help with the spectrum testing last weekend. I'm volunteering as a judge for the science fair tomorrow.
I'm still working out 4-5 days a week. Still chubby, but I'm fairly fit. I can actually run 3 miles without stopping, which is HUGE for me.
I started a Daisy Girl Scout Troop for S. It's been a smashing success- we have 31 girls in our troop, though only about 25 or so come regularly.
Speaking of girl scouts, it's girl scout cookie time! I have to turn in my orders by January 31st, so if you want to order, let me know. We've been doing a bit of door to door sales, which I really hate. However, I really want both of them to be able to go to the cookie party this year. To be invited, they have to sell 250 boxes of cookies EACH. We are at just over 300 total now, so we still have to sell a couple hundred before they can go to that special event.
at 12:46 PM No comments: 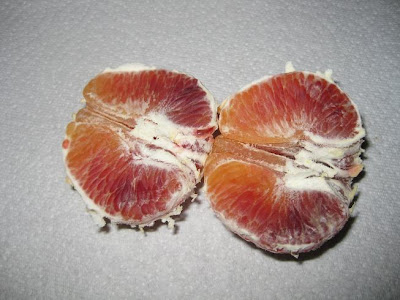 Anyone who knows me at all knows that I am a sucker for anything unusually colored, or anything that changes color or glows in the dark.
My latest food item that I am in love with is Moro Oranges, also known as "Blood Oranges".
They taste more or less the same as a regular orange, but perhaps a touch juicier. I think they are such a beautiful color though. 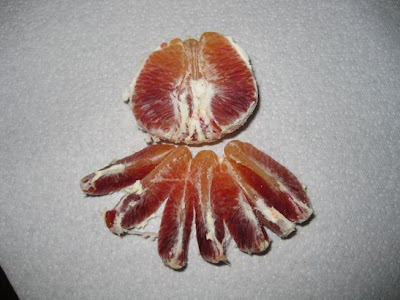 After seeing my little family's eye color chart, I decided I just had to do the same thing with my parents and sisters. I thought it would actually be even more interesting since there's more variation in color. 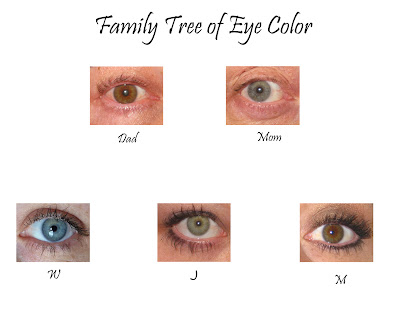 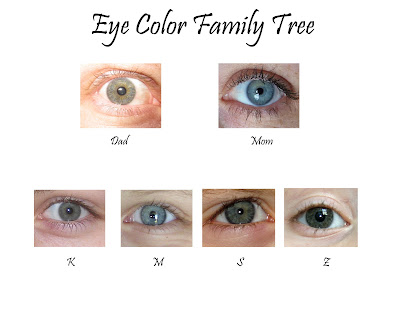 I thought it would be fun to show our immediate family's eye color. I'm not thrilled with the quality of these pictures though. Z's eyes have some gold flecks that don't really come through. I may end up replacing individual photos as they improve.

But, for a fun afternoon project, I'm pleased.

I think I'm going to try and do this with my parents and sisters. There's some amazing variety in that group for sure!
at 2:30 PM 1 comment: