We arrived in Long Beach, California early Thursday afternoon. We were thrilled with our hotel room. We stayed at the Doubletree Inn, and got adjoining rooms with gorgeous views of the harbor. Here's the view out of our window: 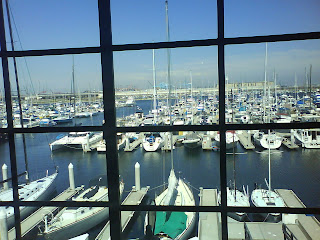 We heard there was an aquarium very close to the hotel, as well as the beach. Both were only a couple blocks away. They were even filming a movie as we walked by (The Mentalist). We were told by the shuttle driver that they're constantly filming movies there, as well as scenes from CSI Miami. Sure enough, they were filming another movie the next day.

The aquarium was pretty small, but we had a good time. They had jellyfish, which are one of my favorite things to watch. They also had these really cool slugs called Iodinea. I loved them. 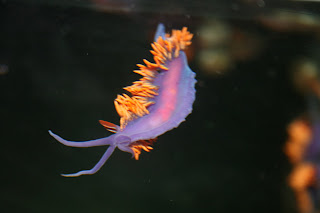 Here's the big kids pretending to be fish. 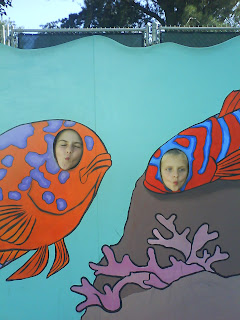 Next, we went to the beach. The kids thought it was incredible. I think we could've stayed at this hotel the whole week and let the kids play on the beach and they wouldn't have complained. 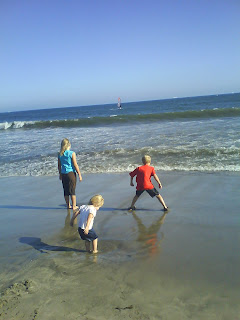 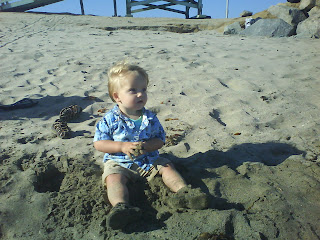 The next morning, we took a walk along the marina, and saw a lot of crabs, small fish, and even a couple of sting rays. The rays were very small, about the size of a salad plate, but we were still impressed.

Then, it was time to board. We met up with my family. My sister was getting married on the cruise, so my parents, both sisters, sister's best friend, my grandmother and uncle were all there, as well as my future BIL's family.

The kids were absolutely entranced with the boat and the water. M was really interested in the engineering side of the boat. We sat on the back deck of the boat and watched it pull away from shore. 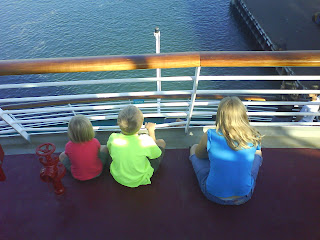 We had a chance to eat lunch, and attend the wedding ceremony for my sister. It was a beautiful ceremony, and I posted a couple pictures from it on my photo blog.

I think the kids looked fantastic in their finery: 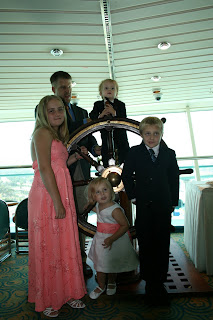