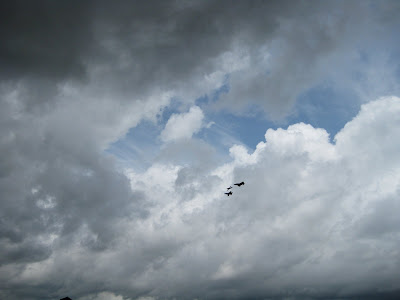 This past weekend, Hill Air Force Base had an open house (sort of) and air show.

We decided to take the kids yesterday, even though it was raining. If you don't like the weather in Utah, wait 5 minutes. We were banking on that adage, and set out. But because we're optimistic and not stupid, we brought umbrellas and slickers. 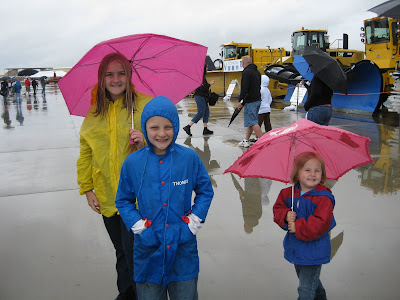 The kids got to climb around in a couple planes, which they loved. 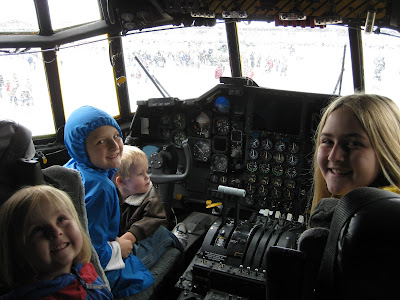 The weather cleared up a little bit, and we put the umbrellas away. 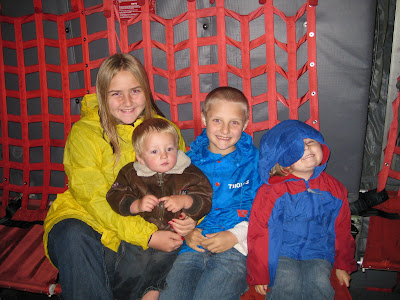 We then watched the air show. They had to put it on hold for a while because the rain started again. But, to keep to personality, within 15 minutes, it was sunny again. 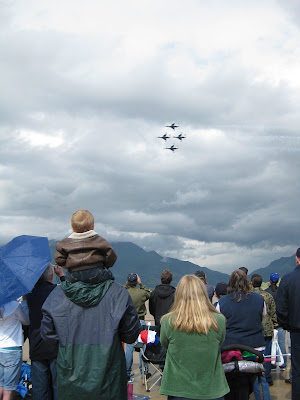 It really was a lot of fun. They had some recruiters there. I'm guessing they have a lot of people enlist at the show. Heck, by the time we left, *I* wanted to join the air force. Of course, by then, the younger two were whiny and tired, and a few weeks of peaceful basic training with no crying, fighting, whining kids was starting to sound kind of nice.
at 12:41 PM