As I type this, my grandmother is in surgery to have a radical hysterectomy. 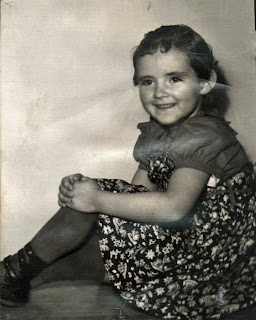 It all started about two weeks ago, when she suddenly started bleeding heavily. Being in her seventies, she hasn't heard from her uterus in quite a long time. So, to suddenly start bleeding was a bit alarming.

She went to the doctor, who was concerned. He immediately ordered a biopsy and an ultrasound to see what was going on.

On Thursday, he called left a message for her to call back. He wasn't available when she did, so she left him a message. She never heard back. Friday, she called again, and got voicemail. Turns out the good doctor isn't in on fridays, and the answering service had no way of contacting him.

She got a phone call Monday morning that she has Endometrial Cancer, which is the fourth most common cancer in women (behind breast, lung, and colorectal cancers ). She took the news fairly well. In fact, she told me she figured she was due for something, her run of excellent health is pretty unusual. She feels very optimistic about the whole thing because they believe they caught it really early.

She called the gynecologist oncologist Monday to set up an appointment. They had an opening for next week. She asked the receptionist if she knew what my grandma had. The receptionist correctly recited back her diagnosis. My grandma replied, "Well, yeah, I have that too. But more importantly, I have a 3 weeks cruise to the Panama Canal in April, and I want to be recovered from any surgeries or treatments by then. Is there any way I can get in sooner?" The receptionist said she'd watch for a cancellation, and amazingly enough, there was one for the very next day.

So yesterday, she went to the doctor yesterday, and miraculously enough, he had a cancellation in his schedule so he was able to squeeze her in to do the hysterectomy today. They will do it laprascopically, so the recovery will be much easier than it would've been in the past.

We won't know for sure what stage of cancer she has til they send her uterus and surrounding lymph nodes to the lab.

If you are the praying sort, prayers and good thoughts would be appreciated.
at 12:17 PM

My how she looks like K in that picture! My thoughts and best wishes are with grandma today. Hoping for a full recovery in time for her cruise.

I love your Grandma and have great memories of her. She probably won't remember me but tell her she's in my prayers.