New pictures of the chickens

I know you are all DYING to see how my chickens are coming along.

J built a beautiful new chicken coop, so now we have that little coop and a much larger one. We moved all eight chickens to the big coop. Unfortunately, Skye and Sunkist, the two roosters, were bullying the smaller chicks, so they've been banished to the small coop. They started crowing a couple weeks ago, and it was hilarious to hear them. It sounds like someone had stepped on a cat. They sound like regular old roosters now, so I guess that means it's about time to eat them. 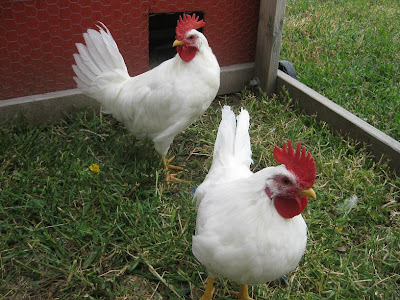 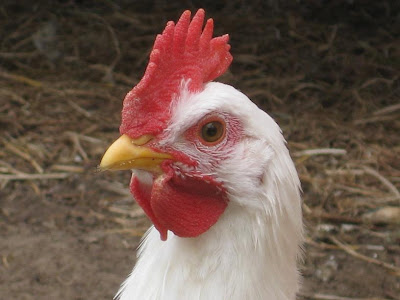 I can't believe how big my chicks are getting. The four Easter Eggers and the Silver Laced Wyandotte are all about 6.5 weeks old now. Lucky, the one I was so show was going to die, is definitely my favorite amongst the Easter Eggers. I think she is definitely the prettiest. Paula is the most friendly of the bunch, but none of them feel like "pets" to me. None of them are willing to let us pet them or hold them. 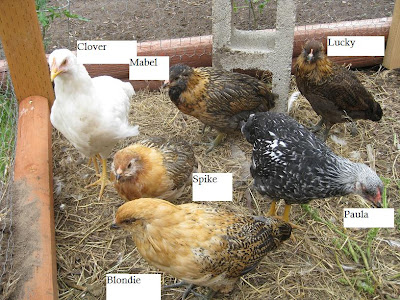 I'm hoping that if I go out to their pen every day, eventually they'll be ok with me petting them.
at 10:37 AM

They grow fast! Can you post pics of the coops? I can dream can't I?