I decided I wanted to plant Adirondack Blue potatoes in my garden this year. The grower I ordered them from would double my order from 5 to 10 lbs for only about $4 (total including shipping being about $21), so I did.

I planted a bunch of the potatoes a week ago (haven't seen them poke through yet, so I'm starting to worry a little). I still have a good 6 lbs or so left. Just in case the garden experiment was a terrible failure, I decided to fry up a few last night as fries. I thought it was so cool! Of course, I love oddly colored things. I thought the weird colored ketchup was just about the neatest thing ever.

Here's the potatoes that I had just barely washed: 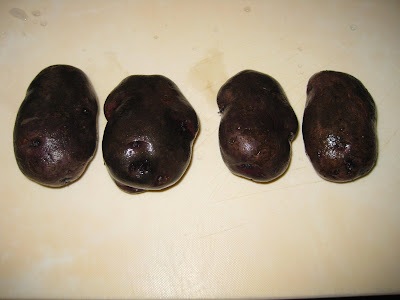 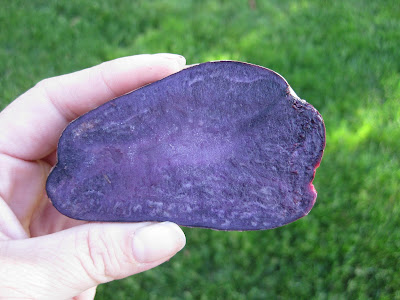 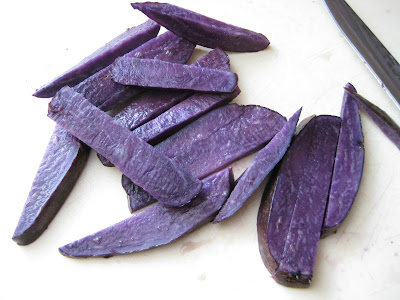 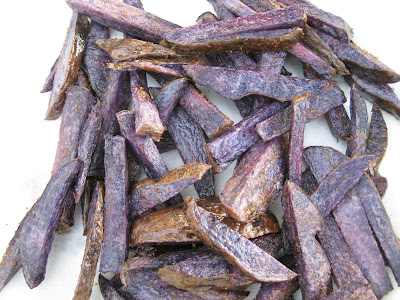 I'll admit they aren't nearly so beautiful after frying. I may bake some tonight and see how they look baked.
at 11:10 AM

Sounds fun. I don't know how long it is supposed to take for them to sprout. Here is a fun site about growing potatoes. http://www.thegardenhelper.com/potato.html