On the way from Reedsport to Patrick's Point, we were told we simply HAD to visit the West Coast Game Park Safari in Bandon, OR. We were a little hesitant because the prices were pretty steep. But, we had enough people tell us that we bit the bullet and paid the price of admission. You all KNOW I'm a total cheapskate. But, this was some of the best money we've ever spent. We had an absolute ball, and LOVED being able to actually touch and interact with the animals.  Ever held a bear before? We can all say that we have, and we didn't even get attacked by an angry mother. 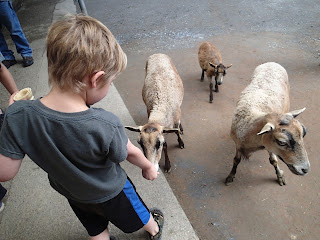 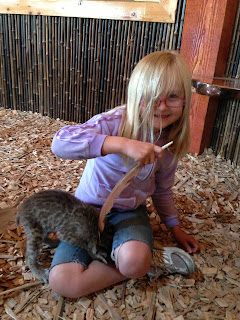 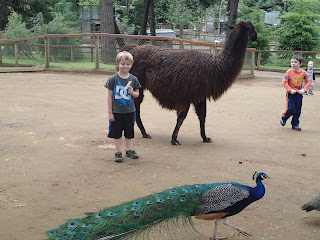 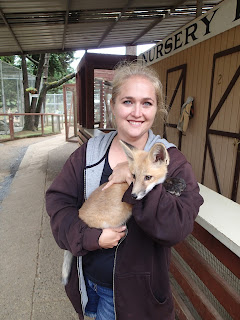 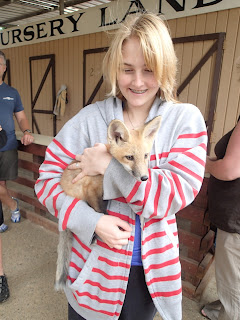 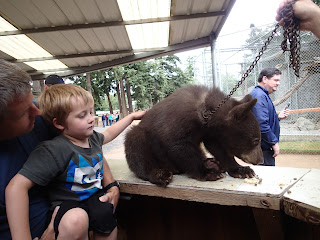 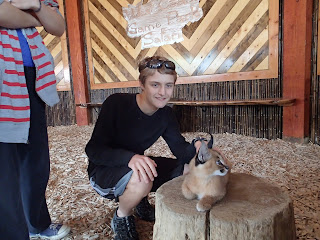 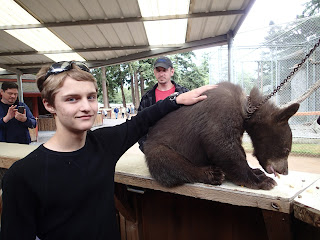 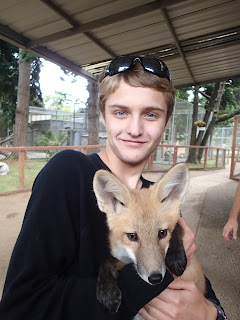 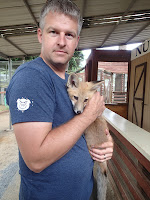 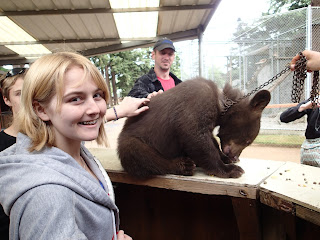 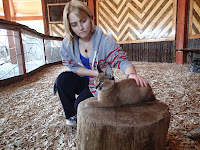 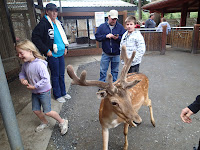 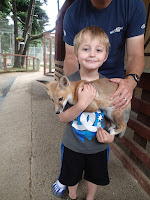 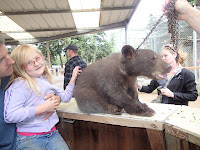 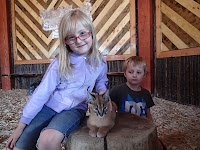 We stayed at Patrick's Point State Park, CA.  Getting from Reedsport to Patrick's Point was a bit of an adventure though.  First, the road between the two is very narrow and winding, with lots of elevation change. If we hadn't been towing, it wouldn't have been too big of a deal, but it was a little harrowing.

We finally made it out of that, and into California. It had started raining, which slowed us down. Then, suddenly, the road felt very, very rough, even though it looked smooth. A car passing us pointed at the trailer, so we pulled over and discovered we'd had a trailer tire blown completely out. 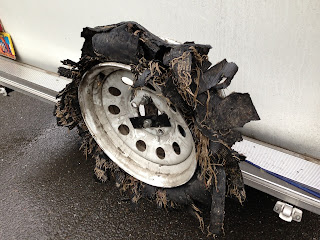 We had lost the jack closest to the ruined tire at the last camping spot. Well, it was still there, but not functional. So, we got the car jack, and learned that it was essentially useless. About the time we realized that, a wonderful California Highway Patrolman pulled up. He let us borrow his jack, and we had the tire changed in just a few minutes.   We stopped in the nearest town (which was about a half hour away) and replaced our spare, just in case. We knew we had a lot more driving still to come on the trip.

We finally arrived at Patrick's Point and were very impressed with the spot. 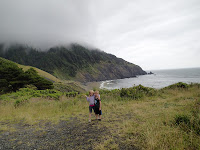 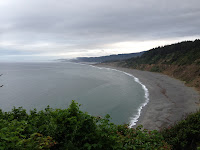 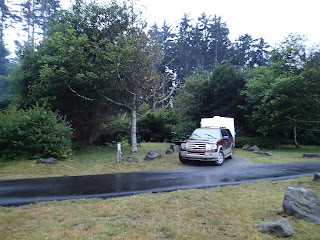 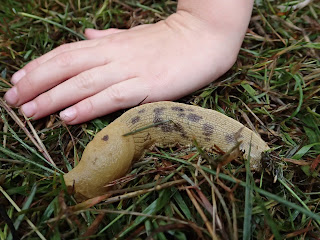 We found the banana slugs to be endlessly entertaining and interesting.