Day 6- We were off to Olympic National Park.  Wow. What an amazing place.  We saw Ruby Beach, and drove around the park, seeing the Hoh Rain Forest.  This was a very rainy day, but we had pretty good rain gear so it wasn't a big deal. 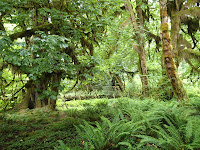 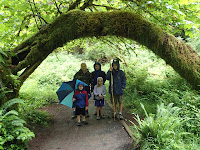 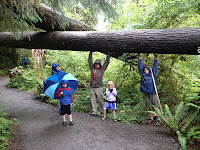 The younger two were able to get their Junior Ranger badge at this park, which made the third badge earned on this trip. 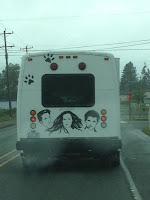 Kalaloch Campground is in a pretty remote area. After motoring around the park, we felt like we needed to gas up before continuing on the next day. The closest town was Forks, WA. If you are a Twilight fan, you know that the book is set in Forks. The movies were filmed elsewhere, which is why it's baffling to me that Forks is a Twilight fan destination.  J is oblivious to this sort of thing, so when we arrived in town, he was really confused as to why the tour bus ahead of us had those pictures on it.

Day 7: we spent a little more time on the beach at camp, and then drove off, ending our time in OR. We were planning to spend the night at J's friend's house, who lives a little way outside of Portland, OR. Lisa was a friend dating back to high school. I'd met Lisa and her husband at their 20 year reunion, and thought she was one of the funnest people I knew, so I was excited to see her again. We had a late night playing games and visiting while the kids watched a movie in her theater room.

Day 8: We had reservations to spend the night in South Beach State Park in Newport, OR. On our way there, we stopped at the Tillamook Factory. They have a FREE self guided tour, which we went on. Then we bought ice cream cones and squeaky cheese. They acted like the squeaky cheese was a rare big deal.  I guess TILLAMOOK brand is, and can only be bought at the factory. However, squeaky cheese is found all over back home, so while I was happy to get it, it wasn't a once in a lifetime thing for us. 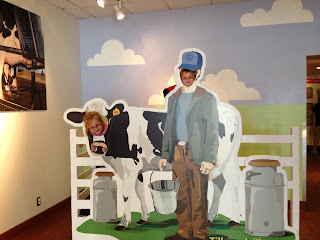 South Beach state park was a very busy place. They had showers, a playground, and was fairly close to the beach. It was also quite crowded, which is not my favorite way to camp. The camp spots were really large though, which was impressive for such a big park. 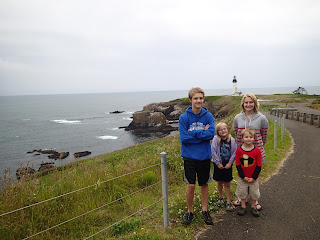 That evening, we went to the Yaquina Bay Lighthouse, and saw some tidepools. We were also able to see some whalespouts. We thought seeing whales would be really amazing, but it turns out to be pretty underwhelming when they're so far out. 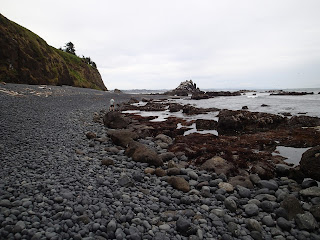 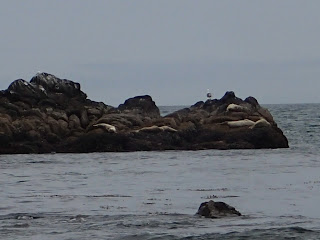 We also saw our first seals, which was pretty neat. 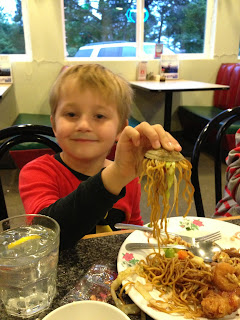 That night we went to a chinese restaurant in town. We ordered a seafood platter and everyone (but me) was wowed by the fresh fish, crab, and clams. Z had fun playing with the empty clam shells.

Day 9: We arrived in Reedsport, OR. We had lunch with a mutual friend of ours, Sean. J was on Pride with him in high school, and I went to college with he and his wife.  Sean is now in a band in town, and we heard them perform.  After that, we visited Umpqua Lighthouse, and then camped at Umpqua State Park. After Sean and Rayna finished up, they came to our camp to sit around the fire and visit.