The only thing that seemed to cheer S up when she broke her arm was the promise of me decorating her cast with dolphins. 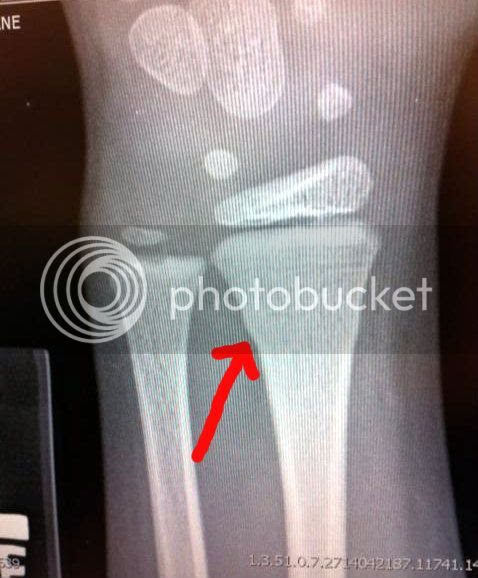 So, I was terrified that something would happen that would prevent me from doing that. I looked for dolphin fabric, since I suspected that would be easier to mod podge on than stickers/paper, but I didn't have much faith. When I made her kaleidoscope quilt, I'd looked for weeks for dolphin fabric with no luck.  I found some great dolphin stickers at Amazon for $2.43, so I bought those, and they arrived today.

When we got to the sports doctor today for followup, he confirmed that it is in fact broken, and showed me one of the other angles of the xray that I think shows the break a little more easily. 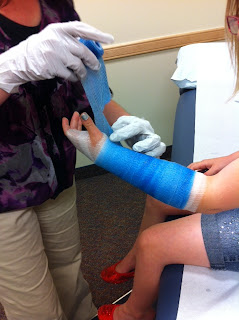 S chose a light blue for her cast color, and they told us they had a water resistant base material for the cast, so swimming, sprinkles, etc are NOT forbidden. We're just supposed to try and dry it a bit afterwards.  S made sure to rush home and tell her sister that HER cast is waterproof. Hah! K admitted to being jealous, even though she hasn't broken an arm in years.

When we got home, S wanted to get the dolphins on it right away. She wants to keep the cast forever, even after it's removed, but I told her she couldn't. Because of that, she got a little stingy with the dolphin stickers. She chose four to go on the cast, and is keeping the remaining eight.  I think it needs at least two more; I may talk her in to adding more tomorrow. 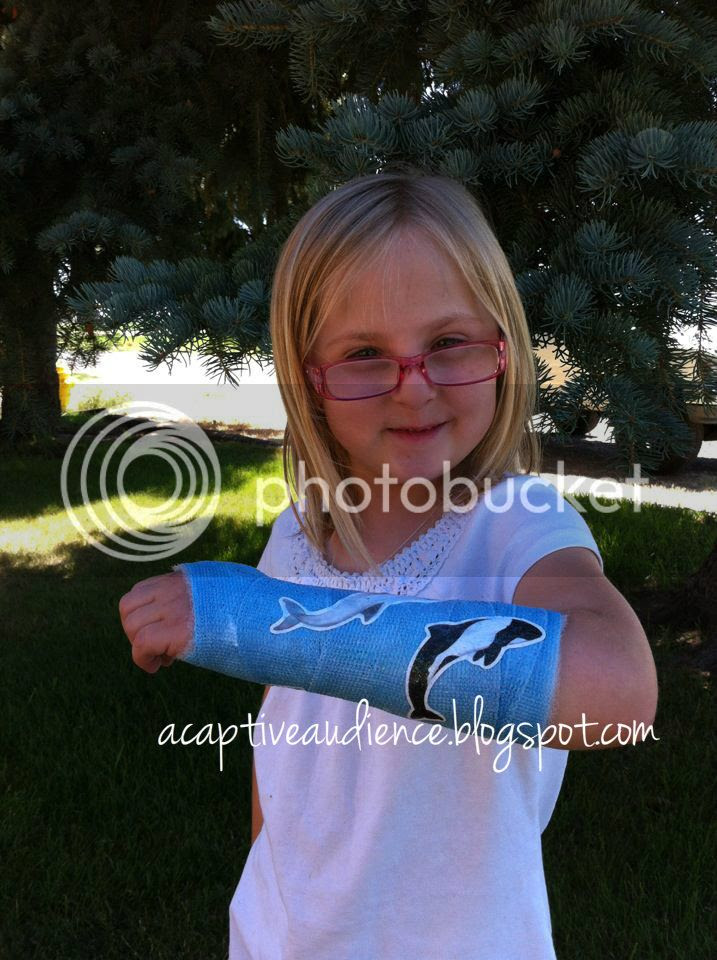 I used mod podge to attach the stickers.  I learned a couple things from the experience.  First, I spread some mod podge around the area where the sticker was to go.  I found it very helpful to get the stickers wet prior to applying- they laid a lot more flat that way.  I think that fabric would go on a lot better than paper, but since dolphin fabric with dolphins of the right size is so scarce, we had to make do.  Once we got the four dolphins on (and I may work on her to put more on there; we'll see), I put a light coat of mod podge everywhere, and shook some fine glitter on it.  Unfortunately, that doesn't show up in this picture, but her reaction to her cast is obvious.

A close up of the cast. 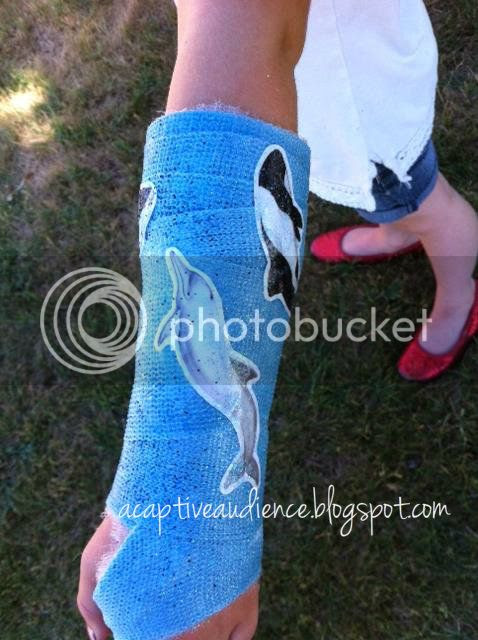 What a cute idea!