Ironically enough, the dolphin cast did not survive swimming and baths. The dolphins fell off, leaving pristine, clean marks on the cast, leaving the rest looking pretty grungy.  We decided we'd paint with craft paint, giving it an entirely new look. 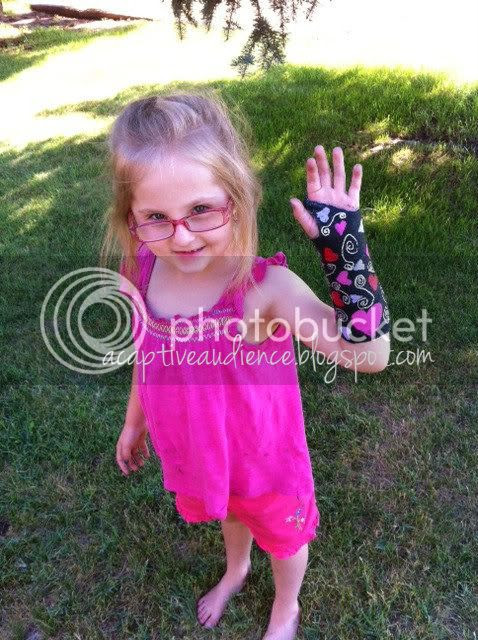 I just used basic craft paint for this. I first did a coat of black, and once it dried, added the hearts and the stylized S shapes for S's name.  It's been a couple weeks, and it's started to rub off a bit in the most highly used areas, but it's held up really nicely. 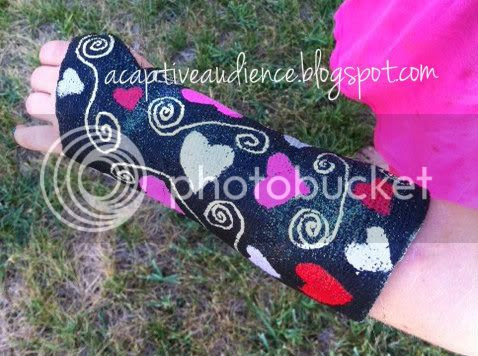 She gets her cast off tomorrow, and is very excited.