In junior high and high school, one of my very best friends was Kristen. I adored Kristen. She was (and is) a very fun person. She was also the most girly girl I'd ever met.  We drifted apart after we both got married, as often happens.

We reconnected with facebook (gosh, I love facebook), and got together a few years ago when she was way overdue.  Imagine my shock when my uber girly friend (she even painted her front room LAVENDER and it had a DOLL CABINET in it, folks!) was pregnant with her FIFTH boy. Seriously? I really think that's God giggling at His sense of humor on that one. I drug her kicking and screaming into doing maternity pictures. She was not at all excited about it, even though she makes a beautiful pregnant girl.  She was so pleased with them that when she got pregnant this time around, she told me she wanted me to do maternity pictures again.

The other thing impressive about her is this: She doesn't find out the gender at the ultrasound. So, my will-of-steel friend was expecting her sixth baby after five boys, and she waited until birth to find out the gender. I gave her my official psychic prediction of girl.  I backed up my psychic prediction with statistics: I also have a friend named Kirsten. Kirsten has six boys. What are the odds that I'd have a friend named Kristen, and a friend named Kirsten, and both would have six boys?  Astronomical, that's what the odds would be.

So, Kristen was set to be induced on Wednesday, Z's 5th birthday. I told her that's a fantastic day for a baby to be born. We agreed to a last minute visit and photo session on Tuesday. We did pictures for both a boy baby and a girl baby. I figured we'd just toss the pictures that weren't "appropriate" to the gender, or I could just use them for my portfolio.

Birth day came, and she gave birth to a baby GIRL!!! I don't remember being this excited over a baby's gender, even my own kids. I think having some of each made me content with whatever came along, but for her to finally get a girl has just got me GIDDY. 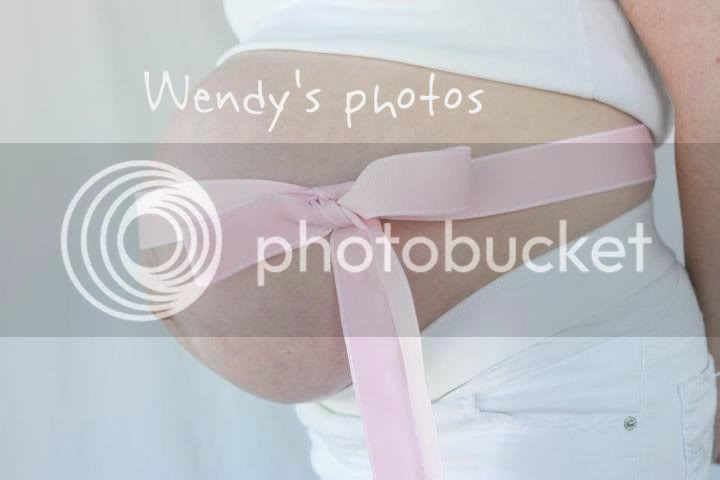