I am planning a fancy bridging ceremony for my daisy scouts to commemorate their bridging into brownies. I am going to serve brownies after the ceremony, and I want them to be kind of special. I am daring, but not daring enough where I'm going to do food experiments when serving a group of 50.  So, my family gets to be my guinea pigs. I think this went well. 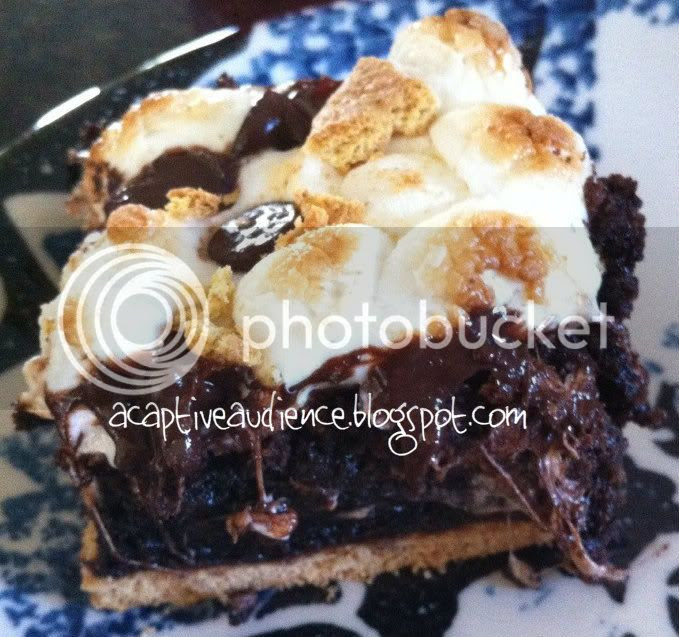 I used two brownie mixes and prepared according to the box. I lined a 9x13 pan with wax paper (as a side note, this was a TERRIBLE idea. Someone told me it was easier to get them out, but that was LIES LIES LIES. SO don't do that).  I lined the bottom of the pan with graham crackers.  Then smoothed the brownie mix over the top of the graham crackers. Baked at 350 for about 45 minutes. 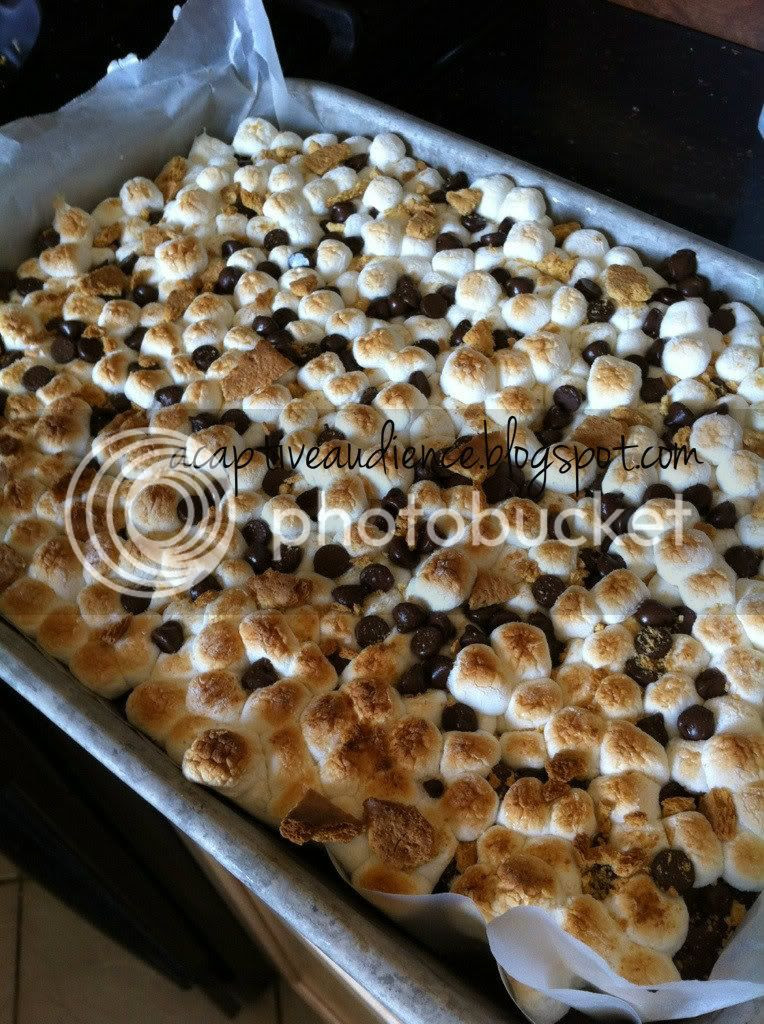 I then sprinkled a whole bunch of mini marshmallows over the top, along with some semisweet chocolate chips and crumbled graham crackers. Then, I stuck it under the broiler and watched until the marshmallows were toasted on top.

I think it turned out very yummy.