It may be unfair to blame teenagers, but I figure they're the most likely culprit.

At 8:15 when a friend of M's got to our house to get a ride to school, we discovered the back window to my car had been shot out. I imagine it was probably teenagers driving by. 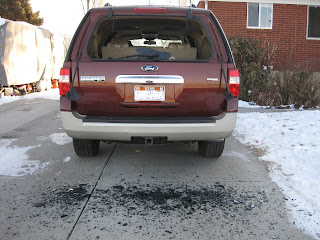 I called the police, and they were out within 5 minutes to take a report (wow, gotta love living in a small, relatively crime free town!).  The officer told me that I was the 5th report in 2.5 hours. I wouldn't be surprised if more reports trickle in as people leave for the day. 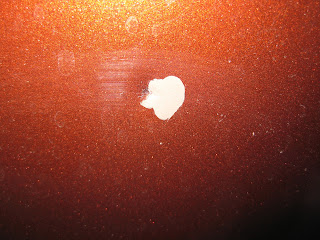 Not only are the destructive vandals, but they don't have particularly good aim. They missed their first shot, so I have a paint chip/slight dent a little bigger than a pencil eraser.


I go in a couple hours to have the damage fixed. The glass place quoted around $200 for the glass.  I'm annoyed about that, don't get me wrong. I'm also mad because my two race stickers are ruined, and of course won't be on the new glass. 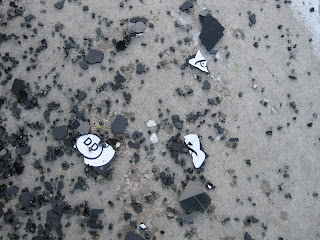 My dirty dash sticker (which my friend has offered to replace. He had the contract to make the stickers in the first place, so he can easily make another one). 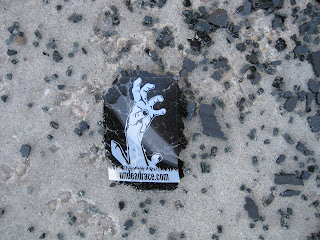 Updated to add: When J got home from work, he got a better look at our truck, and saw that they'd tried to shoot out the windshield on it as well. We found at least six shots had been taken at it, so I'll have to get that repaired. When I called the police to amend my report, they told me that in Clinton and Roy alone, there had been 30 reports of similar vandalism.
at 10:27 AM

That freaking sucks! It is stupid teenagers that don't realize or care about the havoc they cause because they haven't had to save up and buy nice things for themselves yet. I really hope they catch them (I doubt it but I can still hope) and make them do community service to pay for the damages.